Yaara Movie Review: The story of four friends, including Vidyut Jammwal, Amit Sadh, has been screened by Tigmanshu Dhulia. The friendship of four gangsters in the film is going to be very good for the people, but this film also has many weak links.

Mumbai. The story of friendship has already been told in Bollywood in many ways. At the same time, Tigmanshu Dhulia, through ‘Yaara’, has put the story of four gangsters on the screen. Vidyut Jammwal, Amit Sadh, Vijay Varma, Kenny Basumatary are the men and they do many illegal acts by becoming a ‘quartet gang’. The film begins with the voice of Vidyut Jamwal. The film is a Hindi remake of the French film ‘A Gang Story’. In the foreign story, this film, which has a desi temper, is strong in some things, while in some important places it becomes very weak. Tigmanshu has created a crime drama film ‘Yara’ by combining friendship and hostility and many old real life events.

Talking about the plot, the film begins with the story of two boys, Fagun (Vidyut Jamwal) and Mitwa (Amit Sadh), who meet each other in very difficult circumstances and then begin their story of becoming gangsters. . While walking the path of this crime, he gets two more friends. These four grew up around the Indo-Nepal border and first commit crime incidents here and then do illegal work in many parts of the country.

After some time, due to mutual rivalry, the friendship of ‘Quartet Gang’ breaks and they all go to the police by their own fault. This film does not end there but it starts from here. After serving seven years in jail, all of them are separated and after 20 years, despite the rift in the relationship, they get luck once again. 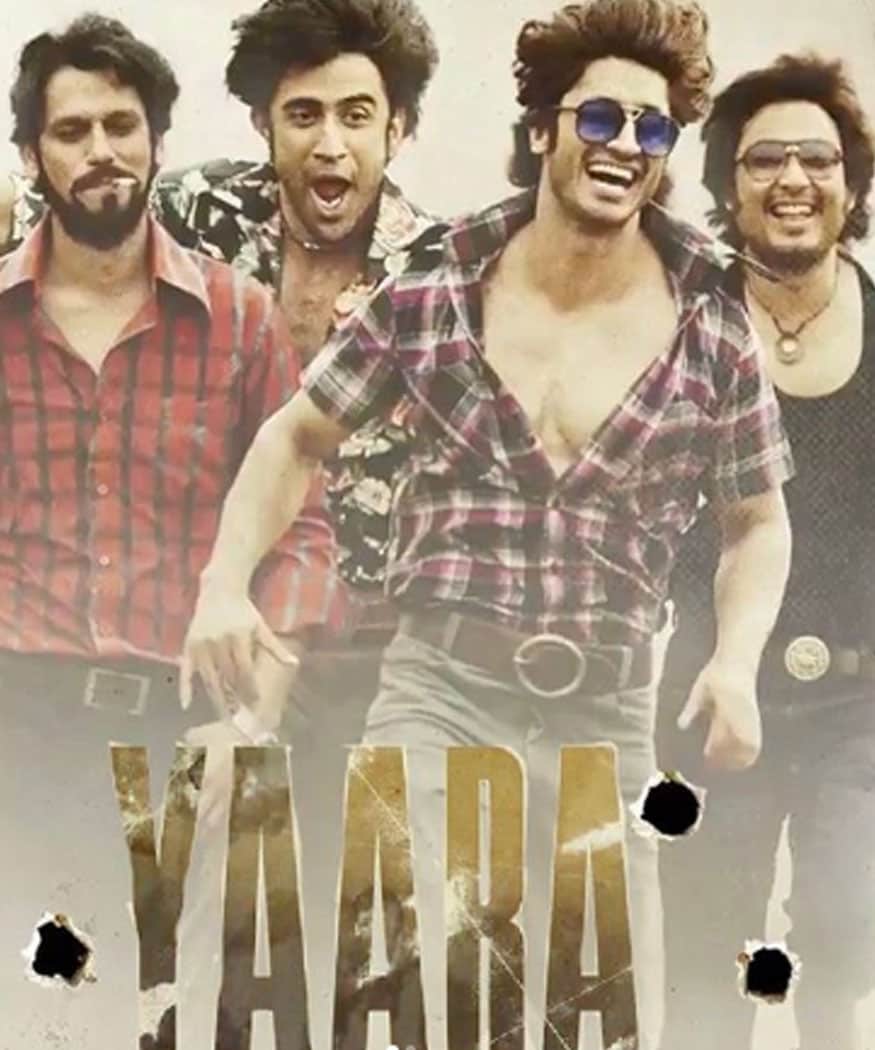 The film is directed by Tigmanshu Dhulia. Tigmanshu Dhulia, who has given many successful films in the film industry after watching ‘Yara’, has settled this film in some way. The direction of the film is very thin and the story also does not keep the audience glued to the screen. Editing of this film is also not on point. The jump from one scene to another happens in such a way that the audience remains confused. Therefore, the viewer keeps getting interested in the story. Although the cinematography of the film is quite good, but it is not enough to cover the negatives of the film. The music of Ankit Tiwari, Shaan, Clinton Cerejo is also excellent.

At the performance level, Vidyut Jamwal has devoted his life to handling this film. From jumping in the air to scenes full of friendship and romance, he has also looked very good. However, his chemistry with Shruti Haasan did not look special. A great actor like Amit Sadh did not get much opportunity to appear on screen. At the same time, Vijay gives Verma a refreshing touch in the friendship of the quartet. Emotions are quite interesting for his comedy timing, funny oneliners and friendship. Apart from this, Kenny was shown as Dilfenk Aashiq, he has the ability to impress the audience even in small roles.

The special thing of the film is that it does not have a strong negative character but its lead actors have to awaken their inner villain with heroism. This difficult emotion does not show the direction of the film properly, but the actors are seen trying their best.
This film, which has been released on G5, attempts to recreate some real life events of the 70s like Emergency. In this film, along with romance, the rich-poverty angle appears to be kept in a fitful manner. You can watch this film for the friendship of Vidyut Jamwal, Amita Sadh.