Former President Donald Trump on Wednesday sued three tech giants — Facebook, Twitter and Google — and the firms’ chief executives after the platforms took various steps to ban him or block him from posting.

Trump, speaking from his Bedminster, New Jersey, golf club, announced that he would serve as the lead plaintiff in the class-action lawsuit, arguing that he has been censored wrongfully by the tech companies. Speaking about “freedom of speech” and the First Amendment — which applies to the government, not to private-sector companies — Trump called his lawsuit, which was filed on Wednesday in the United States District Court for the Southern District of Florida, a “very beautiful development.”

His political operation immediately began fundraising off it.

At the event and in court documents, Trump’s legal team argued that the tech firms amounted to state actors and thus the First Amendment applied to them.

Legal experts said similar arguments had repeatedly failed in the courts before. 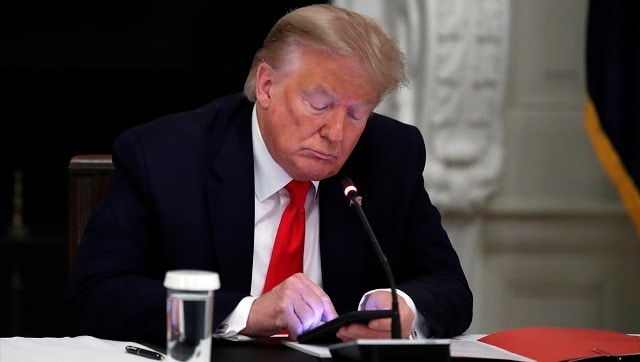 Social media companies are allowed, under current law, to moderate their platforms. They are protected by a provision, known as Section 230, that exempts internet firms from liability for what is posted on their networks and also allows them to remove postings that violate their standards.

The lawsuit asks the court to declare Section 230, which Trump has railed against, “unconstitutional” and to restore the former president’s access to the sites, as well as that of other members of the lawsuit who have been blocked. The suit also asks to prevent the tech firms from “censorship” of Trump in the future.

To some extent, the lawsuit appeared to be as much a publicity play as an actual legal gambit. Trump said he would pursue his anti-tech company agenda in Congress, state legislatures and “ultimately, the ballot box.”

Apple’s next MacBook Air with M2 chip is expected to launch in 2022: Report- Technology News, Firstpost