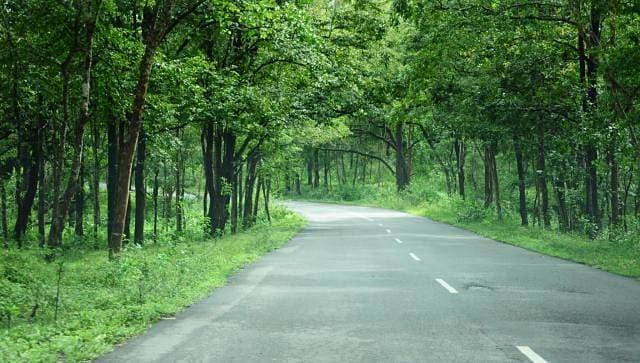 Natural historian Sir David Attenborough famously warned world leaders that humans might be on the verge of destabilising the planet. Our heritage of natural resources is on the edge. To avert a crisis before it becomes irreversible, countries have begun focusing on establishing more sustainable systems and relying heavily on regulatory measures to protect ecosystems. While this might prove effective, it is imperative to also examine if this is efficient.

Ecosystems cannot be protected only by the statutory laws legislated by Parliament or state legislatures. An integrated approach that respects and understands the traditional knowledge of local communities is equally necessary.

The role of traditional institutions in conservation

While working on a conservation assignment on Unclassed State Forests in Arunachal Pradesh, a global hotspot of biodiversity, I experienced firsthand the importance of local and traditional knowledge. The traditional knowledge of communities not only ranges across subjects such as sustainable agriculture, forest and water management, local architecture, traditional and folk medicine but is also relevant to conservation norms and compliant to local environmental laws. These customary laws/principles are not codified in any books of law but are oral in nature and handed down from generation to generation through their songs, dances and folklore.

Engaging with the gaonburas (village elders), their Bulliang and Nyel (village courts) and listening to some of their judgments, I was astonished at the conservation and restoration values embedded in their decisions. These village elders had neither been to a school of law nor received formal education, yet their judgments showed a deep understanding of the nature that surrounded them. For example, in a case of over-extraction of cane from a community forest, the Nyel decided that an individual can procure cane from a community forest for personal use but not for commercial purposes. In another incident, a member of the Nyishi community had started mustard plantation in a degraded forest; the Nyel adjudicated that the degraded forest should be left to regenerate into a mixed forest as monoculture is not good for the health of the forest. These decisions were aligned with the provisions of India’s Wildlife (Protection) Act, 1972 and the Forest (Conservation) Act, 1980.

One such example of connection is the restriction imposed on felling certain species of trees found near waterbodies. These trees conserve the source and catchment of the waterbody and maintain the quality and quantity of the water. The restriction was also surrounded by the belief that the trees are sacred and one can fall sick if they damage such an area. In many communities, local practices such as this help conserve the ecosystem more than regulatory norms.

Even today, among members of the Nyishi community, it is common to see men and boys using the beak of a hunted hornbill on their headgear implying that hornbills in those areas were hunted. But they also practice the social custom of not hunting single male birds during the breeding season. This is because the single male bird will have his partner and young ones holed up in a tree for protection till the young ones are ready to fly. This male bird is the only source for fetching food for his family at this time and killing him will result in his whole family perishing.

I documented several such practices and norms from India and Nepal, which convinced me that courts and tribunals are important for broad decisions at the national level which require uniform directions, such as the mandatory establishment of Biodiversity Management Committees and preparation of People’s Biodiversity Registers across the country. However, it also taught me that the local rules and regulations are often more specific to local environments and the resources, and have an effective role in maintaining, conserving and securing healthy and protected ecosystems.

An integrated approach: The way forward

Today, governments are beginning to recognise conservation-oriented local and community governance models. Earlier, conservation efforts were limited to protected areas such as national parks and wildlife sanctuaries. More recently, community efforts in conservation outside protected area have gained recognition at the international level, and is gaining momentum in India. This concept is termed as Other Effective Area-based Conservation Measures (OECMs). UNDP is supporting Government of India in identifying and mapping OECMs across the country.The OECMs include conservation initiatives managed through traditional wisdom and practices following customary laws of local communities.

As governments are striving to achieve their commitments under various international environmental agreements for restoring degraded lands by 2030, there is little room to expand the protected area network; hence, recognising community efforts such as conservation of sacred groves and lakes, and agricultural heritage sites would be helpful in achieving the target of 30 percent area under conservation by 2030, recently endorsed by Prime Minister Narendra Modi.

UNDP and the Government of India are also recognising these efforts through the India Biodiversity Awards since 2012 and have validated a pool of over 700 such initiatives from across the country. UNDP recently initiated a new programme in eight north-eastern states, supporting community-based initiatives like conservation of traditional food systems with minimum damage to the environment, protecting endangered species of wild flora and fauna, conserving traditional and natural infrastructure like the living root-bridges, etc.

A sustainable environment and future cannot be achieved in isolation. Though Attenborough’s words are true, and humans are responsible for destabilising the planet, we are both the problem and the solution. While national laws are necessary, empowering traditional institutions by respecting their knowledge and supporting their efforts in upholding customary norms are measures that can make a difference. A careful understanding of our heritage and traditional knowledge will thus pave way for a more sustainable future.