A possible glitch at Fastly, a popular CDN provider, has reportedly left websites like Twitch, Amazon, Spotify, Reddit, HBO Max, Quora, PayPal, Vimeo, the New York Times, BBC, Financial Times, and a few others, facing an outage. This was first reported by Financial Times. Fastly has also updated its Status page confirming that it is facing an outage. “We’re currently investigating potential impact to performance with our CDN services,” Fastly has said.

Fastly, the CDN provider, is having a massive outage, resulting in Twitch, Pinterest, Reddit, The Guardian, and the FT returning 503 errors.https://t.co/parKGKwrSU

Here is a list of websites that are currently down due to an outage.
– UK Govt website
– Reddit
– Pintrest
– Twitch
– New York Times
– The Guardian
– BBC
– Bloomberg
– Financial Times https://t.co/nmTDshAdqi 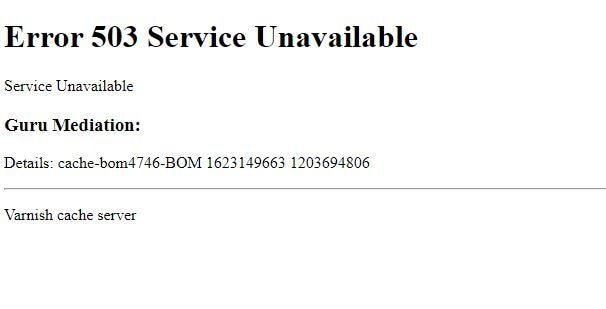 At the time of writing the story, accessing Quora showed the 503 error. Image: tech2

For the uninitiated, Fastly is an “edge” network, that sits between users and websites and bridges the gap for content delivery network, image optimisation, video and streaming, cloud security, among other things.

This is a developing story…

A niche fitness watch for those who dream of triathlons- Technology News, Firstpost