WhatsApp chief Will Cathcart and Facebook CEO Mark Zuckerberg have confirmed a handful of new features that will soon be coming to WhatsApp. The new set of features will include the long awaited multi-device support, a disappearing mode, and a new View Once feature. These features were reportedly revealed in a WABetaInfo interview with Cathcart and Zuckerberg in a WhatsApp chat.

During the interview, Cathcart also said that the multi-device support may allow the company to work on WhatsApp support for iPad.

Zuckerberg and Cathcart have confirmed that the long awaited multi-device support will soon be available on WhatsApp.

The two confirmed that the feature’s testing for public beta users will roll out in a month or two.

Zuckerberg said that WhatsApp has been working on the feature for a while now because they faced several challenges during its development. “It’s been a big technical challenge to get all your messages and content to sync,” he said.

The multi-device support will allow users to use their WhatsApp account on multiple devices without needing to logging out on any of the devices.

Cathcart said that it plans to allow users to sign in from four devices at once. 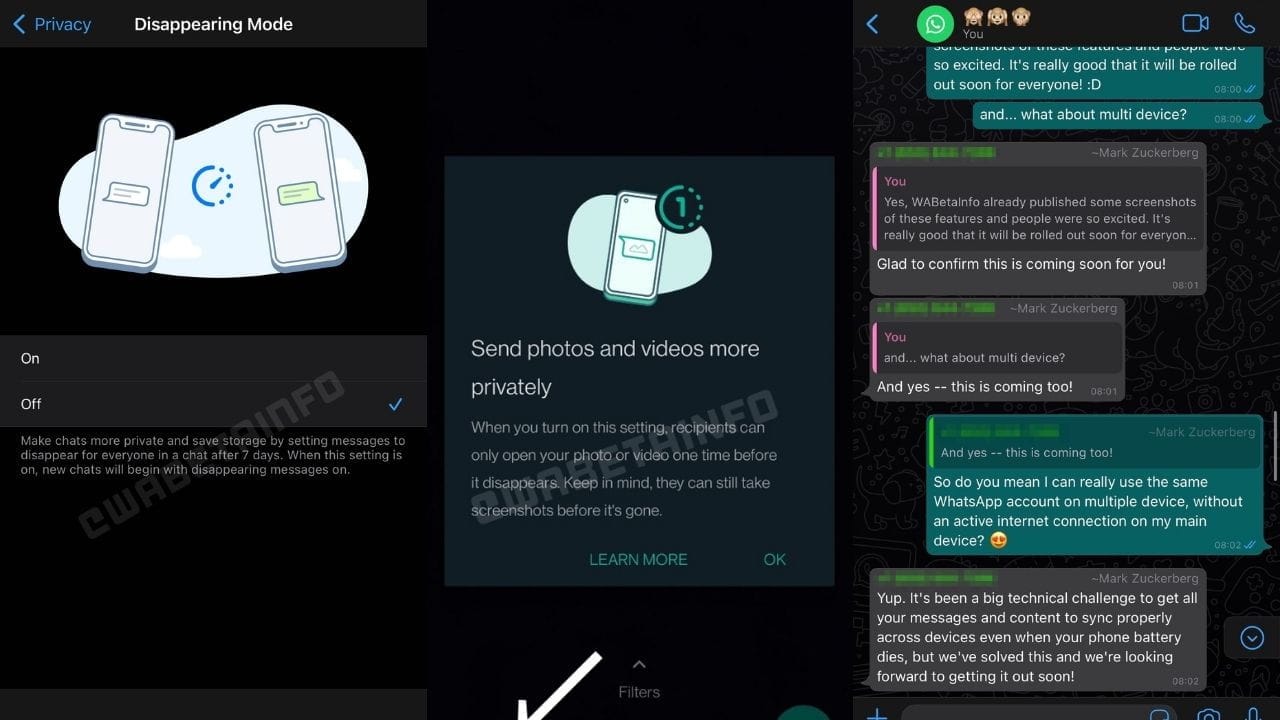 WhatsApp will soon also be getting a new Disappearing mode. This will be an extension of the disappearing messages feature that WhatsApp started rolling out late last year.

The third feature that Cathcart and Zuckerberg teased is the new View Once feature, which will let users send content and have it disappeared after the person sees it. Similar to how chat on Snapchat works. With the feature, the recipient of the message can view the message or media just once. Once they view it, it will automatically be deleted.