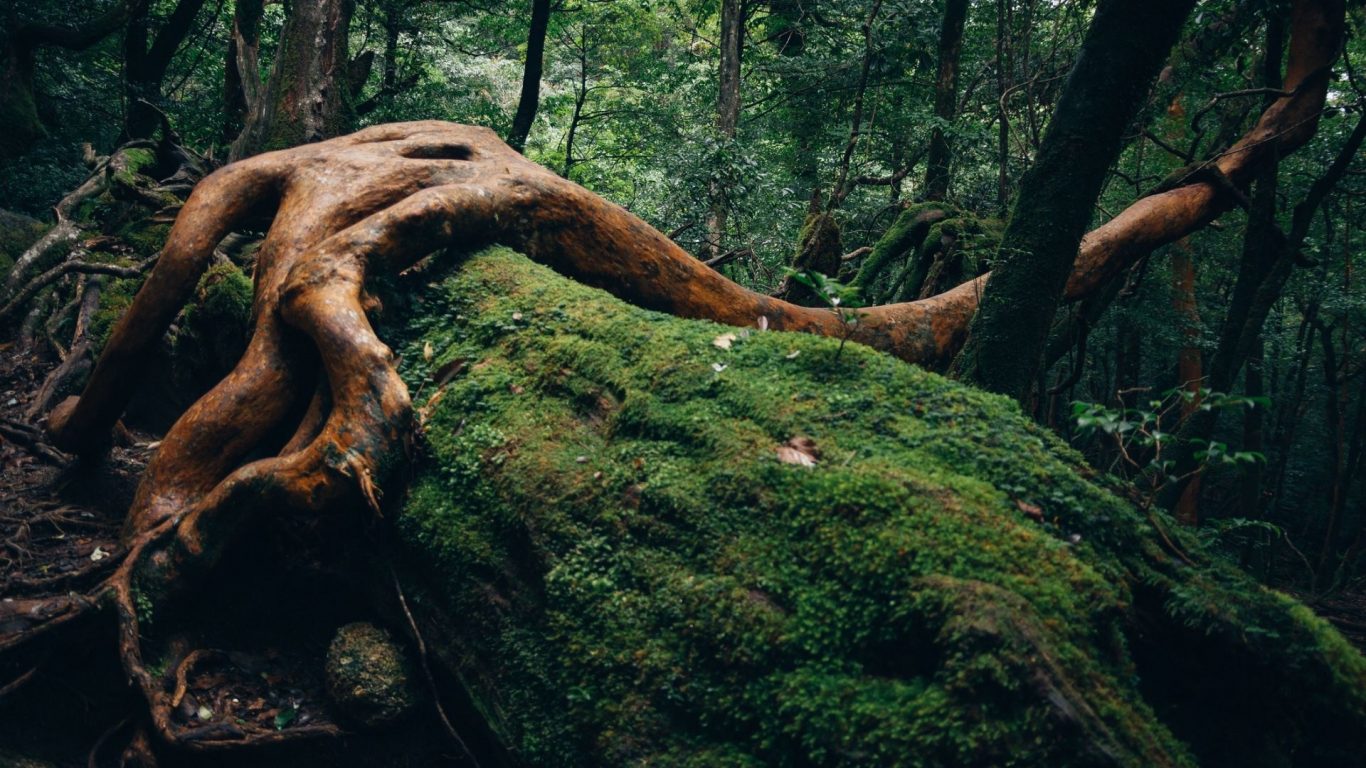 The Japanese have inspired the world to appreciate the benefits of shinrin-yoku or forest bathing, by certifying forests that research has shown to be therapeutic for human beings. Studies have found that Japan’s old-growth forests of cypress and cedar release phytoncides that have a calming effect on people who are immersed in their atmosphere, by lowering their blood pressure and the stress hormone cortisol and boosting production of natural killer cells.

And yet, in our time, we are witnessing the global dismantling of forests that have pre-dated and outlived the dinosaurs. Old-growth forests are our single largest carbon sinks, and the older trees grow, the more carbon they store; they’re also crucial for freshwater and biodiversity conservation. India now retains little of its old-growth forests that were decimated by various ruling powers. Even so, during the pandemic, between 2019 and 2020, India lost about 14% of its tropical forest cover, according to Global Forest Watch. Mizoram, Manipur, Assam, Meghalaya and Nagaland have seen the most reduction.

The world’s forests are going the way of glaciers, The Guardian reported earlier this year. From the Amazon to Siberia’s boreal forests, landscapes are being changed beyond recognition by practices like deforestation and the phenomena of climate change. These living legacies aren’t just being decimated by wildfire, drought and logging. Trees that take centuries to mature are not growing back, as the world is turning too hot for them to handle.

Even as we do our bit to protect our environment, now is the time to visit the world’s most ancient forests and support the local communities that are losing their homes and sustainable livelihoods. Here are a few of the world’s most iconic wild places.

California’s bent and twisted bristlecone trees look straight out of the Old Testament, which might be why their nearly 5,000-year-old resident has a Biblical name: Methuselah. It is the world’s oldest named individual tree; the Guinness World Records notes: “Methuselah is classified as ‘individual’ as it is not a clone, it is rare for any individual tree to exceed 3,000-4,000 years old.” Its location in the White Mountains is kept secret for its safety, just as its 5,070-year-old neighbour that’s the oldest verified unnamed living tree. While in the US, also visit the over 3,000-year-old trees in the Converse Basin Grove of Giant Sequoia National Monument, and the surviving ancient coast redwoods of Redwood National and State Parks.

The 3,000-year-old Huon pines are among the world’s oldest living tree species. They exuberantly stand in Tasmania’s Takayna or Tarkine Forest Reserve, sharing their home with over a hundred bird species as well as platypus, echidna and the Tasmanian devil. Tasmania’s oldest fossils, dating upto 700 million years ago, have been found here.

Gran Abuelo, or “great grandfather”, is South America’s oldest tree at over 3,600 years. It is a Patagonian cypress, the continent’s largest tree species, and stands over 60m. The national park is also home to animals including the puma and the world’s smallest deer, the pudú.

Japanese cedars have populated Yakushima island for over 7,000 years. It is home to Jōmonsugi, the country’s oldest tree. Estimated between 2-7,000 years old, the tree is around 20m tall and named for the Jōmon period. While hiking around Yakushima, look out for Meotosugi, a pair of entwined trees that resemble a couple, and the Shiratani Unsuikyo park, whose grove partly inspired Studio Ghibli’s film Princess Mononoke.

The Amazon rainforest is 55 million years old. It sprawls across Brazil, Peru, Colombia, Ecuador and Bolivia. In Peru, spot the shihuahuaco, among the Amazon’s oldest tree species, which plays a key role in absorbing carbon dioxide and is a food source during fruit scarcity. Brazil lays claim to the Amazon’s tallest tree (angelim vermelho, at 88 metres), spotted in 2019 in Parú State Forest.

Tāne Mahuta, the Lord of the Forest, is New Zealand’s largest known living kauri tree. It is over 2,000 years old and 45m tall. Maori mythology reveres Tāne as the son of the sky father and earth mother, who, caught inside the darkness of his parents’ embrace, wrested apart the sky and the earth to bring light into the world.

Avenue of the Baobabs, Madagascar

Baobabs can live over two millennia but researchers have found that a majority have died over the last decade or so, likely due to climate change. Madagascar is home to six baobab species and the most popular place for locals and travellers to drink in their surreal beauty is the Avenue of the Baobabs that features the endemic adansonia grandidieri species. India’s Mandu in Madhya Pradesh has baobabs too, believed to have been brought from Africa by traders about 400 years ago.

Ritz Carlton opens its first outpost in the Maldives. Here’s what you should know | Condé Nast Traveller India | International