Like many Moscow residents, Davlatmo Khadamshoyeva has her doubts about coronavirus vaccines developed in Russia, and is in no hurry to be immunised. “I haven’t got the jab yet. I don’t really trust it,” the 23-year-old, not wearing a mask, told AFP outside an iconic shopping centre on Red Square. “The vaccine hasn’t been fully tested yet,” the international relations student said. Russia — with great fanfare — registered the world’s first coronavirus vaccine Sputnik V in August 2020. 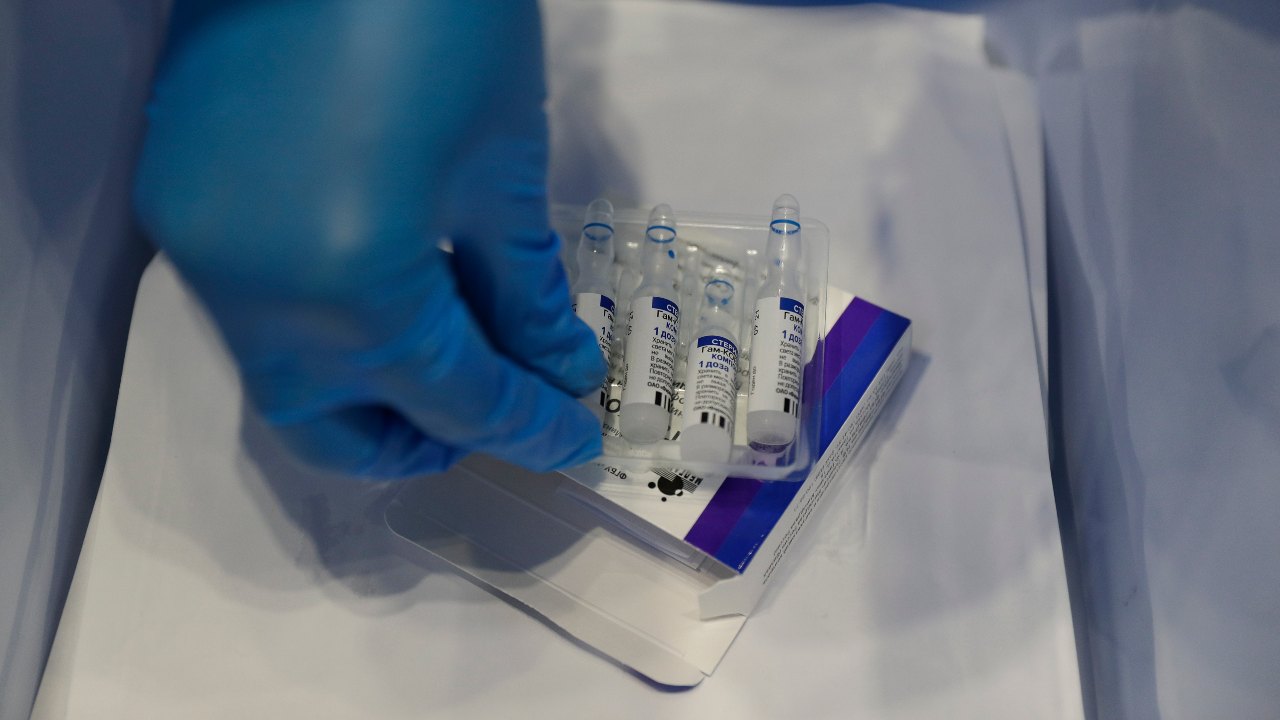 Named after the world’s first satellite launched by the USSR in 1957, Sputnik has been touted by President Vladimir Putin as “the world’s best” jab, while leading independent medical journal, The Lancet, deemed it effective in a study published in February.

Still, authorities in Moscow and other cities are facing an uphill battle to win over skeptics like Khadamshoyeva.

Putin on Wednesday urged Russians to cast their doubts aside and get vaccinated, saying Russia’s shots were “the most reliable and safest” in the world.

“The most important thing is health. Please think about it,” 68-year-old Putin said.

Russians cite a variety of reasons for not getting vaccinated — from the belief they will be injected with a tracking microchip to fears it will cause genetic mutation.

But independent sociologists said vaccine hesitancy was a sign of deep social woe and was evidence of a breakdown in trust between Russians and the authorities after decades of Kremlin propaganda.

“Vaccine refusal is a consequence of the relationship between Russians and the authorities,” said Alexei Levinson, a senior researcher at Levada-Center, Russia’s leading independent pollster.

Much of the mistrust stems from people’s belief that for the authorities, politics trump health concerns, he told AFP, and that the development of the vaccine was rushed to boost the Kremlin’s foreign policy credentials.

In Moscow, vaccines are available for free to Russians who want them, with vaccination centres set up at prominent places including parks and malls. At the GUM shopping centre on Red Square, a jab comes with a free ice cream.

The authorities have also introduced some incentives to encourage people to get vaccinated, including free airline miles and small cash payouts to the elderly.

In a video last week, Mayor Sergei Sobyanin implored Muscovites to get immunised, saying the percentage of people vaccinated in Moscow was the lowest of any European city.

Of some 12 million Moscow residents, only 1.3 million had been vaccinated, he said.

“People keep dying, but they don’t want to get vaccinated,” the mayor said.

Natalya Yevtushenko, a 55-year-old yoga instructor, said she had recovered from a bad case of the coronavirus but had no immediate plans to get immunised.

Viruses “come and go”, she said.

“If you have a weak immune system, of course it will knock you down.”

Russia in the Soviet era was a vaccine powerhouse and together with the United States helped rid the world of polio.

But since the disintegration of the Soviet Union, Russia has struggled to innovate and experts say recent healthcare reforms including restructuring and hospital closures have made matters worse.

Foreign-made coronavirus vaccines are not available in Russia, and while many say they are not against getting vaccinated in principle, they would be more easily convinced if a foreign alternative were available.

Ania Bukina, a 35-year-old marketing manager, said she believes the healthcare reforms had likely damaged the integrity of Russian medicine and there was little information about possible side effects of Sputnik.

“I prefer to wait until other vaccines are available and there is more data,” Bukina told AFP.

Around 11 million people are fully vaccinated in the country of 144 million, according to data collected by monitoring site Gogov.

Russia has been among the countries hardest hit by the pandemic.

Russia had recorded about 250,000 virus-related deaths by the end of March, according to statistics agency Rosstat.

But some experts say the country underreports coronavirus fatalities.

Even stakeholders in the pharmaceuticals industry in Russia say the low vaccine uptake is a result of how the country has promoted its vaccine.

“If you constantly talk about the faults of other countries’ vaccines like they’ve been doing on our televisions, then this leads to distrust towards vaccines in general,” said Anton Gopka, Russian co-founder of New York-based biotech investment firm ATEM Capital.