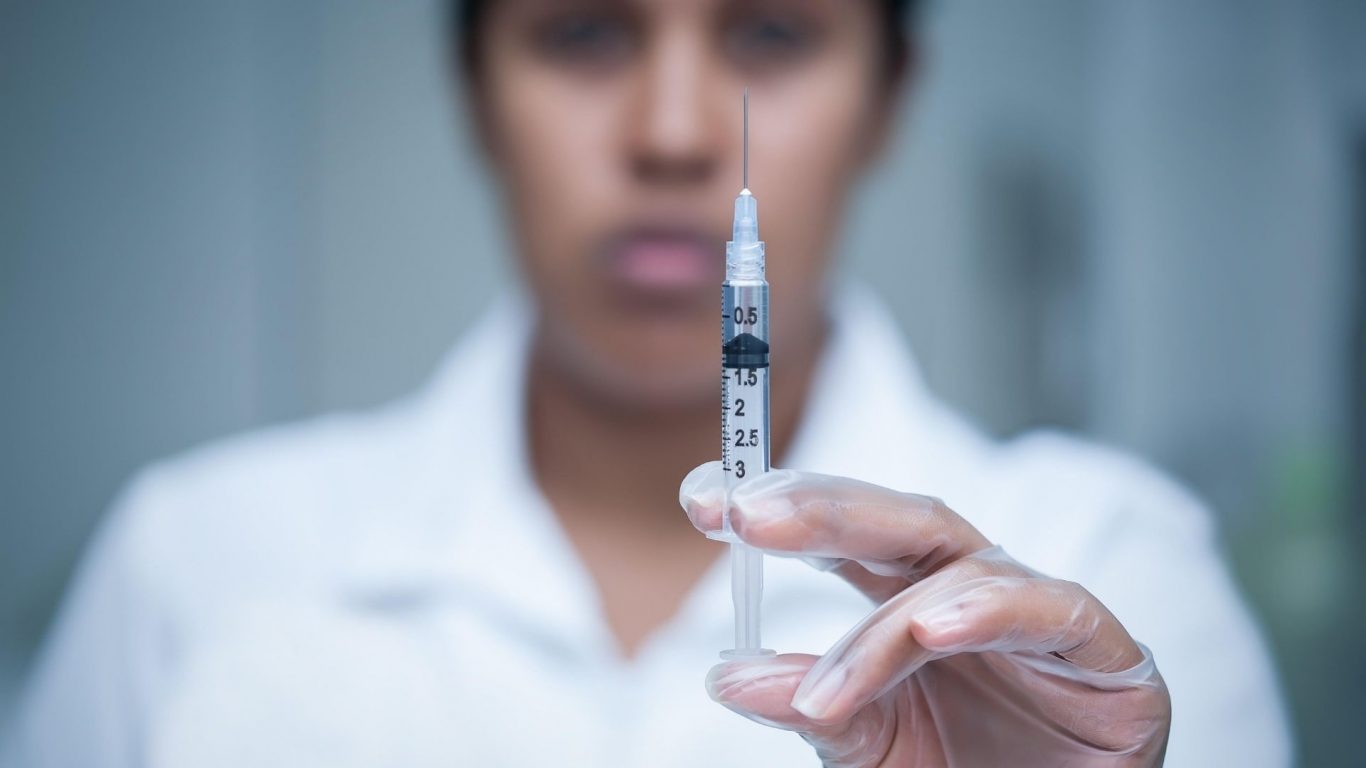 As vaccines roll out across the world, authorities in various countries are coming up with creative strategies to persuade people to get the jab. Countries are rushing to get as much of their population vaccinated as possible, and, in the process, everything from biryani to superbowl tickets is up for grabs. Here’s what vaccine incentives look like around the world:

The domestic vaccine rollout in China has been slow. But with the Beijing Winter Olympics coming up next year, officials are pushing to vaccinate 40% of the population by June and over 64% by the end of 2020. How you ask? With complimentary chicken wings, free groceries and cash prizes in exchange for shots. A Japanese restaurant in Beijing is offering free chicken wings and dumplings to their first 50 fully vaccinated customers, while a suburb in the area is giving 50-yuan cash prizes to residents once they get their shots. The incentives are also creating a bit of competition. The Shijingshan neighbourhood’s initiative of offering free entry in all parks to vaccinated locals has been called stingy in comparison to other incentives.

The lucky residents of Kovalam getting vaccinated on 30 May, might just get a side of biryani with their shots. The 1992 batch of Don Bosco School, Egmore, led by Dr. Rajeev Fernando, is funding free biryani for those getting their shot at the vaccination centre in Kovalam this Sunday. Fernando also plans on moving the incentive model to Kanyakumari and Tirunelveli, where his group is arranging buses for locals to travel to and from vaccination centres.

In February, Russia’s vaccine rollout was underway amid concerns around the safety and efficacy of the vaccine.  To encourage a bigger turnout, Tony Shopping Centre in Moscow was giving away free bars of ice cream to people who got their shot of Sputnik V. At the time, Moscow was one of the very few places with an oversupply of the vaccine, but data about the effectiveness of the vaccine was still unclear. Now that Sputnik V has been shown to be highly effective, residents probably don’t need the ice cream to get the shot.

In Rajkot, Gujarat, the local goldsmith community gave free goodies to those getting their vaccine at the community organised camp in April. Women received a gold nose pin, while men were given hand blenders to add to their home kitchens.

Early in February, residents of Bnei Brak, Israel’s largest ultra-Orthodox city, situated near Tel Aviv, were invited to get vaccinated at four sites in the area and receive rewards in return. The vaccination took place as part of the Green Night campaign to encourage residents of the crowded city—which had very high morbidity rates due to COVID-19—to get vaccinated faster. Vaccination rates were low in the city because of rumours that getting the shot would cause fertility problems for men and women. But the campaign and rewards turned this around completely. Of the many offerings in place at the centres were containers of the traditional Jewish Sabbath dish cholent, freshly baked loaves of challah and cans of Coca-Cola. In East Jerusalem, those who get vaccinated also enter a lottery and stand to win a free computer tablet as part of the raffle.

Across the United States, a vaccine card can get you a whole range of freebies. Vaccinated residents in Memphis can enter a raffle to win a free car, New Jersey microbreweries are offering free beers to customers who have got their shots and Krispy Kreme is giving a free original glazed doughnut all year to customers who show their vaccination card. The NFL too is giving away 50 free tickets to the Superbowl LVI as part of its vaccination encouragement plan. And in New York, residents who get their shots at the Citi Field or Yankee Stadium, will get a free ticket to a future game.

Clearly, if the immunity wasn’t enough, there’s a whole lot more you can get from the jab.