How far would you go to see the Buddha? | Condé Nast Traveller India | International


Sunita Dwivedi was born in Kushinagar in Uttar Pradesh, the town where Buddha is believed to have gained nirvana. Buddha is, in fact, the subject of all her books including the newly released Buddha in Gandhara, based on her travels to the ancient Buddhist cities of Gandhara, the region that once stretched from northwest Pakistan to east and northeast Afghanistan. Her previous books have also travelled the Silk Road, based on over two decades of her journeys: Buddhist Heritage Sites of India on monastic settlements, In Quest of the Buddha: A Journey on the Silk Road, and Buddha in Central Asia: A Travelogue. Take a sneak peek of the latest travelogue, from the chapter “Monasteries of Taxila” below, excerpted below with the permission of Rupa Publications from Buddha in Gandhara by Sunita Dwivedi; available here. 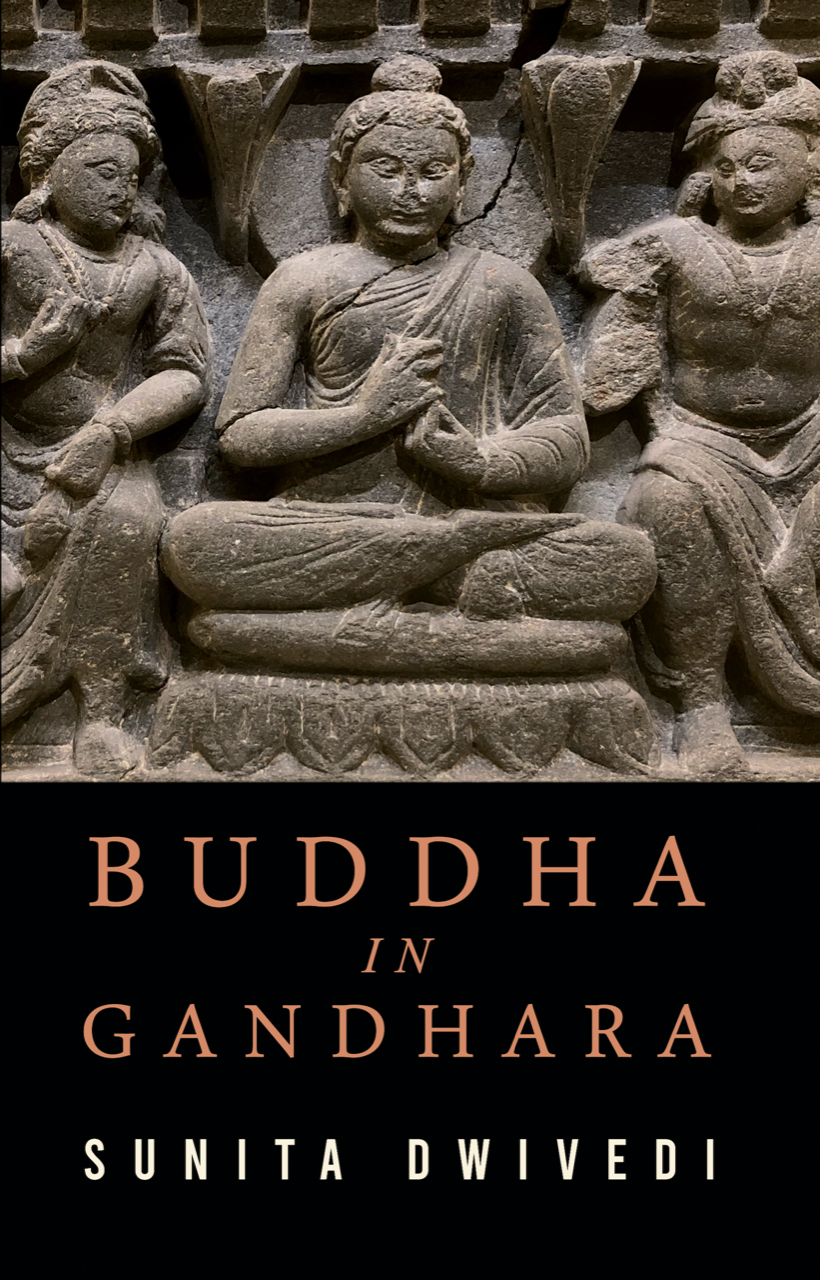 Perched on the top of a hill and home to rare Buddha images and superbly embellished stupas, Jaulian is the most important monastic city at Taxila. A UNESCO World Heritage Site, the original foundation of the monument is dated to the Kushan period between the first and second century AD.

Driving barely 30 minutes on the Taxila road, we found a signpost marking a right-turn for Jaulian. While we were still negotiating the rutted road that passes through a thick forest, rain starts lashing out on Jaulian Hills. At the base of the hill, we took refuge in a small tea shop, but the leaking thatched roof showed no mercy and droplets trickled down exactly where we stood. I was distracted by the carved replicas of the Fasting Buddhas and other Jataka stories in stone at the craft shops nearby. But the Buddha was waiting at Jaulian on the peak of a hill and there was no time for souvenir picking!

The sky was still glum, clouds were gathering and there was no hope for a clear sky. I immediately decided to climb up to the monastery. Before my knees could creak at the steep incline, my umbrella betrayed me. The fierce wind blew it away into a faraway bush and in an effort to retrieve it, I was completely drenched. Though climbing the steep mountain under a heavy rain was an uphill task, it did not dampen my spirit. The hope of seeing the most famous, beautiful and rare heritage site of Gandhara put spring in my steps. The raging wind and downpour did not daunt me. I surged forward even as my clothes and shoes were soaked.

The stepped hilly pathway crossed a wide stream racing from the mountain top. After a hard climb, I was inside the monastic establishment, a place where I could easily get lost amidst a large cluster of stupas and happily hide behind the closely facing stupa walls and Buddha images that peeped from every crevice.

I paid the admission fee and was thrilled when they charged nothing extra for the camera. But as soon as I pulled out my camera inside the monastery, three staffers from the Khyber Pakhtunkhwa (KPK) Tourism Department warned me about the ‘no photography’ rule. I was ready to pay the photography fee, but they sternly refused. My plea that I had come a long way from India fell on deaf ears. When I enquired whether a nearby shop sold slides or photos, the answer was a vehement no.

Dr Esther Park, my friend from Korea, came to my rescue. She made a quick phone call to Dr Abdul Samad, director of the KPK Tourism Department and Peshawar Museum, and conveyed my request. When he learnt I was from India, he gave the consent without any extra payment. I thanked Buddha and Dr Samad for their kindness.

I found the stupa court and monastic cells soaked in rain. The weather was changing for the worse; it was getting frosty and my hands were trembling on the camera shutter. According to the plan of the monuments at Jaulian, as illustrated and explained by archaeologist John Marshall who explored the site, it comprises a monastery of moderate dimensions and two stupa-courts by its side on different levels—the upper to the south and the lower to the north, with a third and smaller court adjoining them on the west.

Entering the complex through the lower court, I stepped into the large open quadrangle with highly embellished square stupas having rows upon rows of Buddha images, figures of lions and Atlantes—Greek deity used as architectural adornment; it is a support sculpted in the form of a Herculean figure, which may take the place of pillar. There is a large open hall with numerous small shrines intended for Buddhist images along a staircase leading to the upper storey.

At the entrance, five moderate-sized stupas are arranged in a row. Originally exposed in an open courtyard surrounding the plinth of the enormous main stupa, they are now covered with a protective roof. The moderate-sized stupas have lost their domes and cylindrical drums, but their square bases are still adorned with horizontal tiers of elaborate stucco relief of ‘Thousand Buddhas’ pertaining to the ‘Miracle of Sravasti’. The Buddha and bodhisattva images are held in niches flanked by attendants at their sides, and the rows of elephants, lions or Atlantes supporting the superstructure above them. On D5, one of these stupas, a Kharosthi inscription names the title of the images and the names of the donors.

The main stupa which stands in the middle of the upper court dates from the early Kushan period (first–second century ad). On one of its faces (on the northern side), is a seated Buddha figure with a circular hole at the navel intended for a suppliant to place his finger when offering prayers against certain bodily ailments. It also has an inscription in Kharosthi beneath, recording that it was the gift of one Budhamitra, who ‘delighted in the Law’, or Dharma.

Among the numerous small and richly decorated stupas which are arranged in rows around the main structure, the stupa AII possesses an exceptionally well-preserved bodhisattva figure. At the back of stupa AII, there are colossal images of the Buddha adorning the wall of the main stupa. Dated to the fifth century AD the heads made of fine stucco and finished with slip and paint were found lying on the floor. They are now safe in the Taxila Museum.

The stupa A15 on the west side of the main stupa has several donative inscriptions in Kharosthi characters. For example, Saghamitrasa Budhadevasa bhikshusa danamukho, meaning ‘the pious gift of the bhikshu Buddhadeva, friend of the holy community.’

The relic-chamber in the main stupa structure was unusually tall and narrow, and in it was a miniature stupa of very remarkable character. Standing 3 feet and 8 inches high and modelled out of hard lime plaster, it was finished with blue and crimson paint and bejewelled around the dome with gems such as garnet, carnelian, lapis lazuli, aquamarine, ruby, agate, amethyst and crystal. According to Marshall, the workmanship of this ‘curious relic casket is undeniably coarse and barbaric, but there is a certain quaint charm in its design as well as in the bright and gaudy colouring of the inlaid gems.’ Below the body of the miniature stupa ran a hollow shaft, at the bottom of which were more relics hidden within a smaller copper-gilt receptacle.

Just outside the monastery on the eastern side is a small chapel containing a singularly fine group of stucco figures, one of the best-preserved of their kind. Seated in the centre is the meditative Buddha (dhyana mudra), with a Standing Buddha to his right and left and two attendant figures behind. Of the two attendants, the one to the left carries the fly-whisk (chauri), the other is the Vajrapani holding the thunderbolt in his left hand. The central image still bears traces of the red and black paint and of the gold leaf with which it was once bedecked.

The monastery is quadrangular in structure with ranges of cells on its four sides. At the centre of the court is a depression for harvesting rainwater or a small pond for ablution and a small bathroom in a corner of the court, just as at Mohra Moradu. There is an assembly hall, kitchen, refectory and storeroom grouped on the eastern side of the quadrangular court. There are alcoves for images in front of the cells, niches and windows inside the cells, and a stairway ascending to the upper storey.

Again, on the northern side of the court, there is a small chapel immediately to the left of the stairway in which remains of several burnt clay images adorned with paint and gilding have been found. The entrance of the chapel was relieved by bands of floral designs roughly executed in burnt clay, like the images inside.

From Jaulian, we descend to the base of the hill and walk into the souvenir-making shed for tourists. Here, craftsmen are churning out Fasting Buddha statues, the Meditating Buddha and other stupas.

These are beautiful but in my mind is forever etched the Buddha of Jaulian, the one in dhyana mudra.

Wishes and messages that you can share with your friends and family- Technology News, Firstpost