A new fan cartoon imagines Loki going back in time again to the 1930s where he continues to annoy Owen Wilson’s TVA Agent Mobius M. Mobius.

New fan art imagines Marvel’s Loki in a 1930s cartoon format. The MCU’s third Disney+ original series is slated to hit the streamer in June and anticipation is steadily building for the show. Loki is tracking higher than both WandaVision and The Falcon and the Winter Soldier, indicating that the studio may continue to outdo itself with each and every series. It’s no surprise, though, that Tom Hiddleston’s fan favorite character is inspiring this kind of excitement.

When Loki was killed at the beginning of Avengers: Infinity War, many couldn’t believe it. Luckily, that wasn’t the end of the road for him. Loki will pick up with a new variant of the God of Mischief after his escape with the Tesseract in Avengers: Endgame. During his travels, Loki will run into the Time Variance Authority and be tasked with course correcting the various strands of time he has sent astray. A first look clip from the series teased Loki’s relationship with the TVA’s Mobius, played by Owen Wilson, and now new fan art riffs on the pair’s relationship in the series.

From Reddit user u/quackerbats, the cartoon imagines Loki and Mobius as 1930s cartoons. In the image, both Loki and Mobius are wearing the brown Time Variance Authority suits seen in the trailers and clip. Loki looks rather pleased while Mobius looks annoyed, a riff on the clear dynamic between the two seen in promotional materials. Check out the full image below: 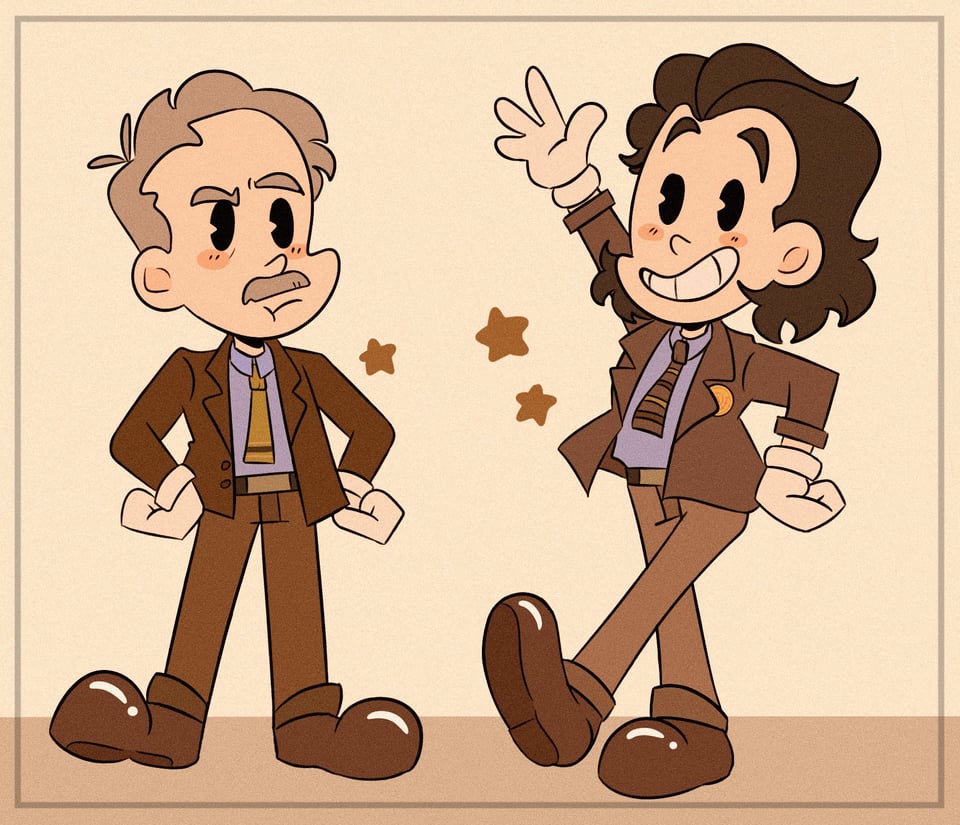 The cartoon version of Loki is akin to Miss Minutes, the TVA’s mascot seen in a new poster for the series. The cartoon clock’s appearance on the poster led to much speculation due to the mystery surrounding the series. Although the basic premise of Loki has been laid bare, as with other Marvel shows, there’s much underneath the surface that has yet to be revealed. This seems to be doubly so with Loki and the major implications it has for the MCU as a whole.

With the potential for Loki to introduce or set-up Kang, the Conqueror and the time traveling antics of that villain, it’s possible the series could add to the burgeoning presence of the Multiverse in the MCU. It’s clear from trailers that Loki will be visiting multiple timelines in the series and how this will affect the larger universe is unclear. Still, his nickname is the God of Mischief for a reason and Loki is sure to show its titular character getting into plenty of trouble even while he tries to fix what he’s already done.

More: Why Loki Is Releasing On Wednesdays, Not Fridays

Graeme Guttmann is a writer and journalist currently residing in Boston. He is an MFA candidate at Emerson College for creative writing.